Skip to main content
April 19, 2016
Gelana says....Pain is not something you have to live with the rest of your life.  Plexus products work at the core issues causing the pain and may reduce or alleviate your pain completely.    Stop pain hijacking today!

By Sarah Anne Shockley, Columnist
I had a great inspiration for this article a couple of weeks ago and immediately forgot what it was. I exhausted myself, uselessly racking my brain for the idea I’d had. What was it I thought was so perfect to write for Pain News Network?
Several days went by with me trying to find the elusive idea. I couldn’t even figure out what it related to. It was as if it had completely left the universe and was utterly irretrievable. Gone without a trace.
Ever feel like that?
Studies have shown that chronic pain affects the brain, but most of us living with chronic pain don’t need researchers to tell us that. We live with brains that don’t seem to be firing on all cylinders every day. I don’t know if there is an official term for it, so I’m just calling it “Pain Brain.”
In this and my next column, I’ll discuss some of the ways in which Pain Brain affects our ability to cogitate -- and some practical ways I’ve found to live with it a little more gracefully and even to coax the brain back online.
Dealing with Blank Spaces
Do you find yourself in the middle of a sentence and can’t remember what you were talking about? Sometimes can’t come up with the words for even the most common items like chair, book, pen?
We worry that we might be getting Alzheimer’s and sometimes find ourselves very embarrassed when, in the midst of telling someone something important, our brains simply turn off.
We’re left with our mouths hanging open in mid-sentence, whatever we were just talking about an utter mystery to us. We draw a complete blank. Sometimes it’s just a word, but often it’s the whole concept. Just gone. This can be extremely disconcerting.    Particularly when I’m tired, that I’m creating sentences with a whole lot of blank spaces in them. “Can you hand me the... the... the... the... you know, I mean, uh... the… the... the.....” You’ve probably done this too.      Stop. Breathe. Relax. Laugh. Choose another word. Or just let it go and carry on without that word or even that idea. It’s not that your brain is dying, you’re in pain.   I’ve found that it’s usually not all that helpful to exert a lot of energy to try and recapture the word I lost. I’ve found that my efforts usually don’t make a bit of difference. I can’t conjure up that exact word or thought no matter how hard I try - and I just wear myself out and get flustered.  Pushing your brain to get back into gear creates tension, and you don’t need any more of that. Trying to find the exact word leaves a longer silence in your conversation, and you get the deer-in-the-headlights look, and that’s when you begin to feel uncomfortable and embarrassed. You want to say, I’m not really stupid or senile or easily distracted, I used to be able to converse with the best of them!     Instead, just move on with the conversation. Usually, sooner or later, the words you need pop back in. Sometimes much later. Sometimes in the middle of the night. But that’s okay. If we can just be easy with it, it’s not that big of a deal. It’s usually more disconcerting for us than the person we’re talking with.
Dealing with Brain FreezeThere are times, however, when it’s more than a particular word that’s missing. For me, it’s often a total brain freeze. Everything comes to a screeching halt, usually in mid-sentence. I have no idea what I was just saying, what the topic of the conversation was, or what direction I was headed in.
It’s pretty strange, because you don’t lose the power of speech, you just have no idea what you’re talking about anymore. It’s like the part of your brain dealing with that specific subject goes on a coffee break in the middle of a sentence, leaving you kind of stunned by its complete lack of presence.
For friends and family members, you can make up a code word or phrase for when you’re feeling disconnected from your own brain. I often just say, Sorry, my brain just stopped. It’s short and to the point, and they’ve learned what it means. They either remind me of what we were talking about, or we move onto something else.
For other people who don’t know your situation, and if you find yourself embarrassed by your own stupefaction, you might try just changing the topic. It’s really strange, but the brain seems to be able to go somewhere else and work relatively well, just not where you wanted it to go at the moment.
You can also distract other people’s attention from your sudden silence by asking them a direct question such as, What were you saying a moment ago? Or simply, What do you think? If they have something they have to respond to, it usually diverts their attention from your blank stare.
If you refer to what they were saying indirectly, without having to remember exactly what it was they actually said, they will often fill in the blanks for you and help you back on track -- without you having to explain that your brain just stopped.
Living with Pain Brain can be challenging, but in my experience, those of us who struggle with it notice the blank spaces and lost words much more than anyone we’re conversing with.
In my next column, we’ll talk about memory loss and lowered capacity to cogitate. I’ll have some suggestions for working with them as well. 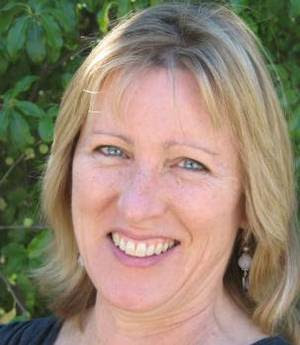 Sarah Anne Shockley suffers from Thoracic Outlet Syndrome, a painful condition that affects the nerves and arteries in the upper chest. Sarah is the author of The Pain Companion: Everyday Wisdom for Living With and Moving Beyond Chronic Pain.Sarah also writes for her blog, The Pain Companion.The information in this column should not be considered as professional medical advice, diagnosis or treatment. It is for informational purposes only and represent the author’s opinions alone. It does not inherently express or reflect the views, opinions and/or positions of Pain News Network.

Popular posts from this blog

August 22, 2016
More and more doctors are starting to get on board with the Plexus Revolution.  This is very exciting because so many doctors believe in the use of chemical medications to reverse the effects of illness.  Our body is very powerful and knows what it needs.  Chemicals are not what we need to feel better.  We need natural components to heal our natural body.  Personally,  my intuition knew this and was telling me I needed to make a change.  I remember the night I decided to make the change that saved my life.  I had worked a long day 10+ hours and came home exhausted!  Mind you, I didn't work a physical job and shouldn't have been so physically tired. My blood pressure, blood sugars and cholesterol were really out of whack.  I talked to my Doctor and he told me the ingredients would not harm me, so I went for it.  9 months later, I haven't looked back!  So glad I grabbed the faith and took the leap!

My family and I moved to Pekin almost 8 years ago and in that time my own children have been met with bullies, suicides and self harming of close friends and multiple other traumas including other kinds of death.   Children shouldn't have to go through these kinds of traumas so early in life, but unfortunately it is our world today.

Like many in Pekin and the surrounding area, I have followed the story of Robert Bee.  I did not know him or his family and I will never claim to know what might have happened.  What I do know is how heartbreaking his story is and how it has affected me personally.  I can't imagine how difficult it has been for those who knew Robert personally.

Many years ago, before I started grad school, I worked in non-profit agencies that struggled to have enough services available for their clients.  Today I can finally provide something to the community I couldn't in the past.

Since bullying is such a huge issue in Pekin, I decided to host a support gr…
Read more

August 26, 2017
I heard last night that a child in Washington, IL took his own life after experiencing bullying.  I don't know any details but my heart aches for him and his family.  And yes, even for the bully himself.  Some may wonder how I can feel bad for the one who has caused this death when the child we have lost leaves behind grieving loved ones.  I feel bad because this person will now have the death of someone on his conscious the rest of his life.  The issues making him a bully were already enough. I feel bad for the next kid who is bullied and gives up.  I feel bad for the next family that grieves. I feel bad for the community that is impacted in these situations.  Nobody wins.

I worry more because Pekin has been the victim to many young suicides over the years I have lived here. The tragedy doesn't need to continue.  All we have to do is help our children no longer be a victim.  To no longer fear who they are and stand up to other's fear.  I am not just talking about bullying…
Read more